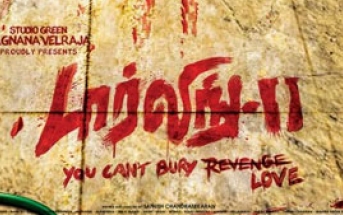 Franchisees are the order of the day in the film industry. A proven film is bound to have its sequel. Of the many films that was released last year, Darling was one of major hits. The significance of this success is that it was pitted against a film that was branded as the most expensive film ever made at that point of time. K E Gnanavel Raja of Studio Green was the architect behind the success story of this horror flick. The success story is all set to be rewritten by Studio green, ever envied for the planning and execution with Darling 2, earlier titled 'Jinn'.

"Sequels need not necessarily be the film with the same cast or script, the genre is good enough to hold the brand value. Darling 2 is directed by debutante Sathish Chandrasekaran. This story is plotted around five friends who go for an outstation trip with a haunted friend. This idea sounded good and exciting to me. The humour that is strewn all around the horror based script assures the success.  The amalgamation of talents such as Kalai of Madras, Kali Venkat, Arjun, Munishkanth, 'Madras' Jhonny and not to forget newcomers Rameez Raja and Maya, this film has plenty to offer. The title change was discussed and without any hesitation it was accepted. I am sure this film also will be a 'Darling' for the masses. We are planning to release the film by early next month" says K E Gnanavel Raja.

The music that was launched couple of days back has invoked a huge response. The soft-spoken Director Sathish Chandrasekaran reserved heaps of praises for the Music Director Radhan. "the basic concept for the making of the song 'Ni Sa GaRe Sa' was born after hearing the song. The mood, the location, the costumes and similar factors were determined by the melody. The excitement of being associated with a great brand like Studio green will be the biggest gain as far as we are concerned. We are confident enough to declare that Darling 2 will be a perfect sequel to Darling", concluded Director Sathish Chandrasekaran.