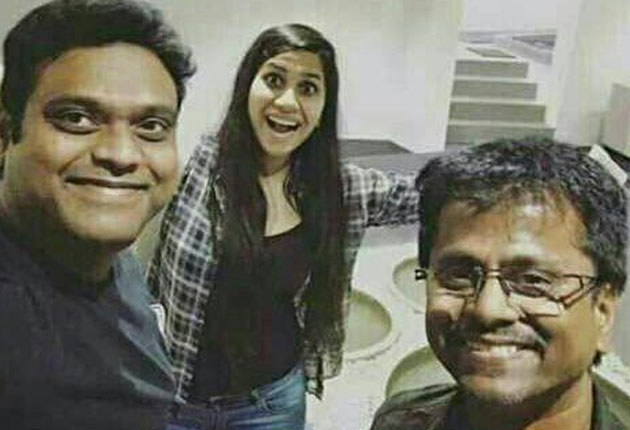 Single track releases may have become common but one a few singles will create such a buzz that the entire country will start humming it. One such track is 'Boom Boom' from Spyder, directed by A R Murugadoss, starring Mahesh babu, Rakul Preet Singh, S J Surya and Bharath. Cinematography is done by Santhosh Shivan, Music is done by Harris Jayaraj and Sreekar Prasad will take care of the editing.

Singer Nikhitha Gandhi, who shot to fame with many recent hits has sung the super hit 'Boom Boom' in Spyder.

The all excited Nikhita Gandhi says, " Mine has been a very interesting journey . I was in Chennai studying BDS in Ramachandra, all mentally prepared to be a doctor, when my first recording with Rahman sir happened. One song led to another, and I started singing for films as a career!!! “Boom Boom” in SPYDER is actually the first song I recorded with Harris. He is such a cool dynamic person, it’s a real joy to see how he works. In a lot of ways he is quite the perfectionist. Murugadoss sir is a really fun person! I like how his usual quiet personality has a lot of random goofiness which he likes to share with his colleagues. It was a delight to be singing for a movie starring a larger than life hero like Mahesh babu. I have sung in a lot of different genres of songs so far in my career but this song takes the cake in attitude though!!!! It’s such a MEGA BOSS !" The teaser of SPYDER was released was released 9th of August in both Tamil and Telugu. It has received a massive response from the audience and has crossed over 8 million views in just few days of its release of both the language teasers.