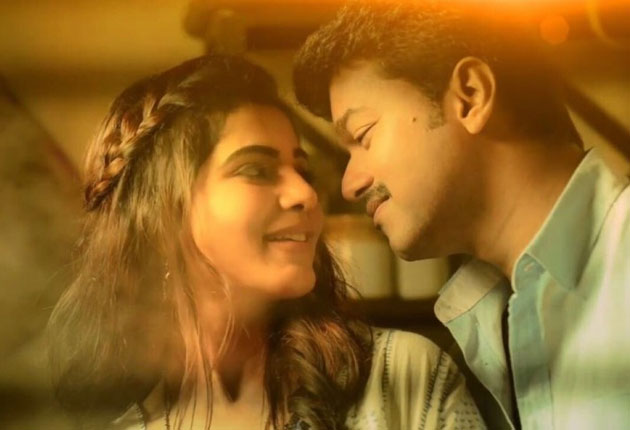 Twitter has become an integral part of an overall film experience for movie fans in India and around the world. Further setting the trend for entertainment conversations in India, Twitter has launched the first-ever emoji dedicated to a Tamil film for Mersal, starring Thalapathy Vijay (@actorvijay), that’s slated for release in Diwali 2017.

Starting today, people in India and across the world can join the conversation around the film by simply Tweeting with #Mersal to use the specially designed emoji curated by Twitter. The emoji appears next to the hashtag in the Tweet and is inspired by Vijay’s role in Mersal.  Vijay, who will be seen in the Twitter emoji, will be the first Tamil film star to feature in a Twitter Emoji.

An innovative marketing collaboration between Sony Music India and Twitter, the emoji aims to delight Vijay’s fans on Twitter and help them connect to his character instantly. Producer and Ramasamy says MERSAL is our 100th film, we are elated to associate with Vijay, AR Rahman, Atlee & others in this milestone film of ours. We're pushing the barrier and attempting various innovations to make this larger than life film larger. Twitter has become an integral part of communication now. We are very happy to associate with Sony Music India & Twitter India who have come up with the MERSAL Emoji, a first in South India. We are sure Vijays fans are going to love it.”

Adding on, Ashok Parwani, Head-Sony Music South says, “With every film we try and bring about innovation in marketing and for Mersal we had thought of this idea. We are happy that Twitter supported us wholeheartedly, this is our way of giving back to our fans.”

According to Viral Jani, Head - Entertainment & TV Partnerships, Twitter India, “Twitter has changed the way fans interact with film stars across the globe. The South film industry has emerged over the years and has today become a global phenomenon. We are thrilled to partner with Sony Music for Mersal and delight fans in anticipation of the movie release with our first ever emoji launch for a Tamil film. We are excited to continue partnering with films across regions in India and enhance the #OnlyOnTwitter experience for all entertainment fans.”

Sony Music has released the first single Aalaporaan Thamizhan, that is already topping charts and has broken the record of 1MN streams within 24 hours across all streaming platforms. The label is currently gearing up for the Audio release that is slated for 20th August.