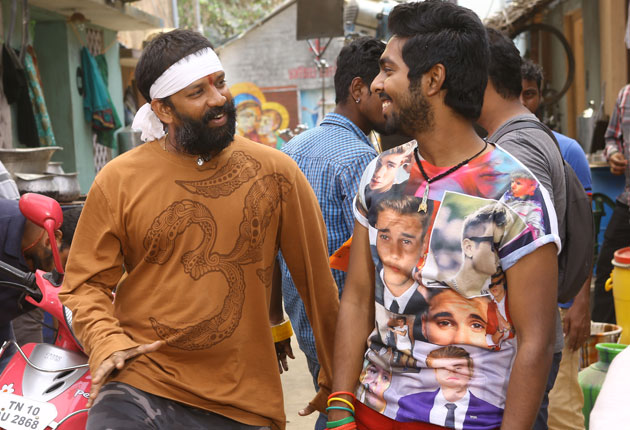 Superstar Rajinikanth's super hit movie titles always oozes positive energy and are always in trend among the masses. G V Prakash who is on the golden run in the Tamil film industry as a commercial Hero joins  popular  choreographer Baba Baskar who is making his debut as a Director for a film with a title from one of the superstar's films.

"We are basically film distributors who have gotten into movie production and to an larger extent we know the pulse of the audience quite well.We must say that G V Prakash is becoming an asset among the youth audience and is a producer's and distriburor's delight. His presence as a commercial Hero in the industry can be gauged with the huge visibility he had attained very early in his career.  We were pleasantly surprised when Master Baba Baskar narrated this script to us. We could not guess that he had such a wonderful director in him. His  making style and presentation was also of top notch. We accquired Rajini sir's 'Kuppathu Raja' title not only because it is a very famous title but also because our movie demanded it. We thought 'Kuppathu Raja' would fit the bill perfectly " says 'Kuppathu Raja''s producers in an uniformal voice. The shooting of the movie is completed and the post production work is going on in full swing.This absolute commercial entertainer will be releasing during Christmas holidays said the Director and added "A joyous movie  for a joyous occasion".