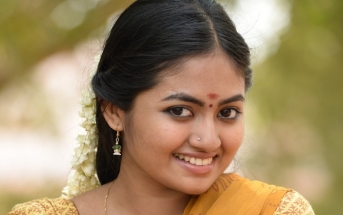 “Even though I face a language barrier, I love Tamil films. I’m curious to know how audiences will receive me after the release and I would love to explore the Tamil film industry,” says Shaalin.

Directed by Usha Krishnan, the film also stars Kalaiyarasan and Kaali Venkat. The actress, who had been paired with Kalaiyarasan, feels him to be a very friendly and supportive co-star.

“At Cochin, director Usha narrated the script, which I really liked and immediately agreed to be part of it. When I signed the project, I don’t know anyone from the team. It was on the sets that I got to know Kalai and about his work. I thoroughly enjoyed working with a young team,” said the beautiful Shaalin.

Talking about the film,“This is an out-and-out entertainer that focuses on the relationship between two brothers, played by Kalai and Kaali Venkat,” she said. Apart from acting, the actress also directed a short film. “I’d love to direct, but the process will take some time,” says the elegant Shaalin.

The film is produced by V. Mathiyalagan, R Ramya of Etcetera Entertainment and co-produced by PG Muthaih of PG Media Works.