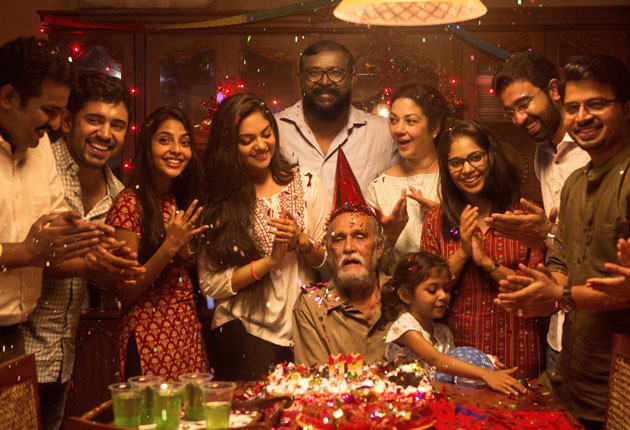 NivinPauly(President of the Good looking bearded mens Club) and AlthafSalim(Marys lanky class mate from PREMAM) have teamed up to bring you one of the years most anticipated movies - 'NjandukaludeNattilOridavela' (A Vacation in the land of crabs!!).

With such a clear, intriguing and easily pronounceable title, we are sure Njandu will manage to create a space for itself in the Onam Race!

Nivinwhos popularity outside Kerala is almost unexplainable has also produced this film, his second Production after the hugely successful and critically acclaimed Action Hero Biju.Njandus teaser and the single “Enthavoo” has already put a smile on peoples faces. With Nivins charming presence, a gorgeous Aishwarya Lekshmi making her debut, The return of yesteryear actress Shanti Krishna and the reunion of PREMAM team, NJANDU surely looks like it has all the elements of a family entertainer.