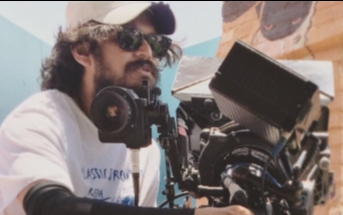 Ace cinematographer Jomon T John is gearing up to don the director's hat! Jomon is all set to direct an epic film titled “Kairali” that will have South India’s young superstar Nivin Pauly in the lead.

Jomon, one of the most sought-after cinematographers in India who has worked on films such as Charlie, Ennu Ninte Moideen, Thira and Bollywood director Rohit Shetty’s Golmaal 4 will make his directorial debut in this big budget film that talks about the unresolved mystery behind ‘MV Kairali’, Kerala'a first ship that disappeared in 1979 near India with a crew of 49.

National award winning director Siddartha Siva will write the screenplay for the film that will be jointly produced by Nivin’s Pauly Jr Pictures and Real Life Works. It is worth noting that Jomon has cranked the camera for three of Nivin Pauly’s film including Thattathin Marayathu, Oru Vadakan Selfie and Jacobinte Swargarajyam. According to sources, apart from Kerala, Goa and Delhi, the film will be shot across countries such as Djibouti, Kuwait and Germany.

Filming for Kairali is expected to begin in December this year.