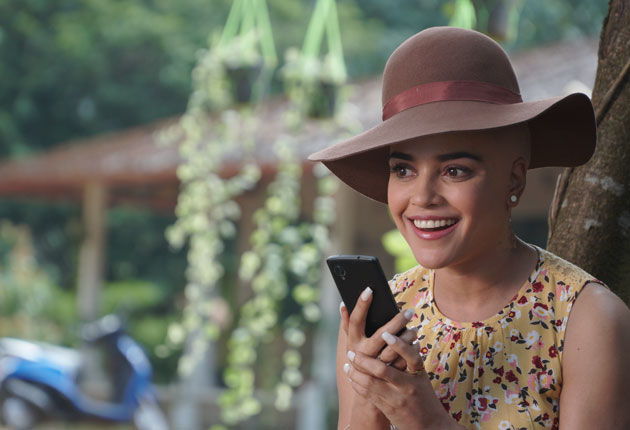 The heart and soul of any great love story is the casting of its lead pair. 'Abhiyum Anuvum' whose first look poster was recently released by A R Murugadoss has grabbed a lot of eye balls and curiosity among the audience and the cinema industry people, has Tovino Thomas and Pia Bajpai playing the lead pair.

Speaking about this, Pia Bajpai said, " I am so happy and lucky that i happened to get this movie and this role. When director Vijayalakshmi ma'am narrated the script to me over a phone call, I enjoyed the story so much that i so much wanted to be a part of it. I knew not only me but any actress is not going to get such movies and roles regularly, so grabbed it immediately.

The script demanded me to tonsure my head. I did not hesitate at all since the story requires it genuinely and i am someone who believes a real actor will score big even not being in the best of his/her looks. Director Vijayalakshmi ma'am was super cool and efficient to work with. The way she handled the sets and extracted work out of every actor and technician was amazing. She is a real task master !!! This is my first outing with Tovino and I must confess that i am so impressed with his brilliant acting abilities. His great performance combined with his good looks has made this story more beautiful. I thank A R Murugadoss sir for releasing our first look and no wonder it was trending and got the deserving attention among the audience. It was very sweet of a star like Jeyam Ravi to come forward and release our teaser, which has also been received well by the audience. I am so eager and excited about 'Abhiyum Anuvum' and it release which is going to happen in the coming weeks. The audience are going to just love this very bold, romantic , beautifully told love story. I really wish, hope and feel this movie joins the elite list of cult classic love stories told in Tamil cinema ".