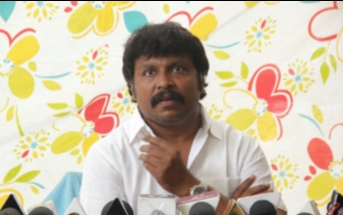 Producer JSK of J Sathish Kumar is in cloud nine following the huge bag of awards his company had received from the Goverment of Tamil Nadu."Winning awards is a good habit isn't it . But this harvest was a massive boost and the proudest moment of our cinema carreer. Our JSK film corporation has won many prestigious national and  international awards, but getting Tamil nadu state awards is very special and a matter of extreme pride. To have bagged 10 state awards is a pride indeed .

This has motivated me immensly and it gives the energy to  make more and more quality movies. On behalf of Tamil film fraternity I would like to thank the Honourable  Chief Minister of Tamil Nadu thiru .Edapadi Palanisamy and the  Tamil nadu state goverment for the awards. I would also like to congratulate other award winners in all the categories.I can connect myself to their excitement and iam sure this gesture of the Goverment will bring back the glorious days of good will harmony between the administrators and the film fraternity. "  Declared JSK with pride.

The 10 awards that JSK film corporation is associated with are