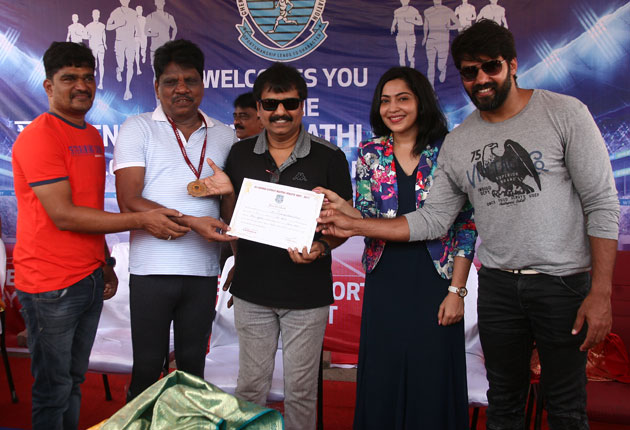 This meet is for all men and women above the age of 35years. The senior most athlete in mens  is 90+ and woman is 85+.  Most of the Chennai athletes have represented Tamil Nadu in Nationals, Asian Meets and World Meets.

The State Officials conducted all the events in both  A and B Ground for all age groups.

Actor Vivek , Actor Arya, Actor Soori, VJ Ramya, awarded the medals and certificates to the winners of all the categories.President Mr Shenbagamoorthy welcome and felicitated the guest of honur.