Tirunelveli Fest in Spice Jar Restaurant at The Residency 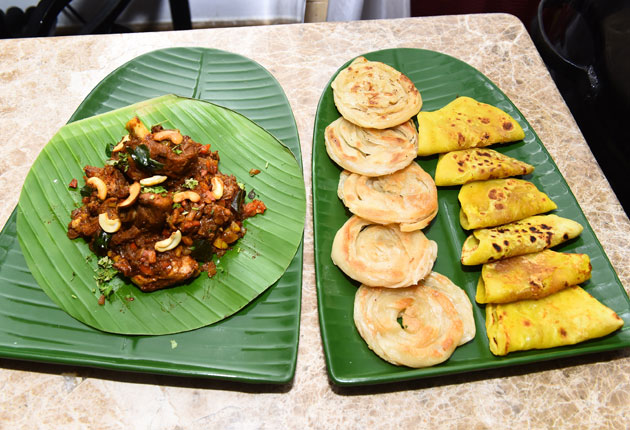 The diversity in Tirunelveli cuisine has evolved from its past, when major historical & social events dictated the menu selections & choice of ingredients, the foundation being uppu / puli/ kaaram and influenced by cuisine from across communities , like the Naadars, the Thevars, the Saiva pillais and the Muslims. This inspired our Executive Chef Ganesh to come up with the food festival.

Signature dishes take on various avatars such as the crisp coin parathas, which is prepared in the live kitchen.

And ends on a sweet note with delicacies such as the all time favorite Tirunelveli Halwa and other varieties on the halwa counter, along with sukku karupatti mittai, ravai urundai, suiyam, porulvilangaa urundai & the marvellous inippu sev.