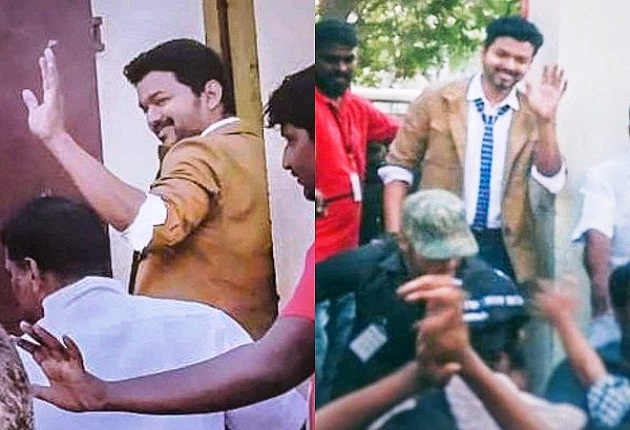 The latest buzz is Varalakshmi Sarath Kumar joins the team of #Thalapathy62. She confirmed this news on her official Twitter page today. It seems she will be playing the role which has some negative shades. Early in past few days, there was some interrupting situation to the team that the shooting spot images leaked in social media that the Thalapathy Vijay wearing a black coat. We know that already some fight scenes of Thalapathy Vijay leaked a few months back.

The movie is produced by Sun Pictures and actress Keerthy Suresh playing the female lead. Oscar Hero A.R.Rahman who worked with director A.R.Murugadoss in the Hindi version of Tamil blockbuster movie Ghajini is composing the songs and original background scores. Politician Pala. Karuppiah and Radha Ravi are playing the villain roles in this movie. There are also some rumors spreading over the Thalapathy fans facebook page that the actor playing a corporate CEO role and it should be the story of businessmen who are cheated Indian banks and settled in foreign countries. The first look, teaser and the trailer of the movie will be updated on this page on cinemainbox.com. Stay tuned and bookmark this page for more updates about Thalapathy 62.