Zee Tamil is known to be at the forefront of acknowledging and celebrating industry talent and earlier this month the channel announced the first ever Zee Cine Awards Tamil 2020 to honour the talent that has revolutionized the Tamil Cinema industry. With nominations across genres, an audience voting system and an exemplary jury, the awards are set to be truly one of a kind. 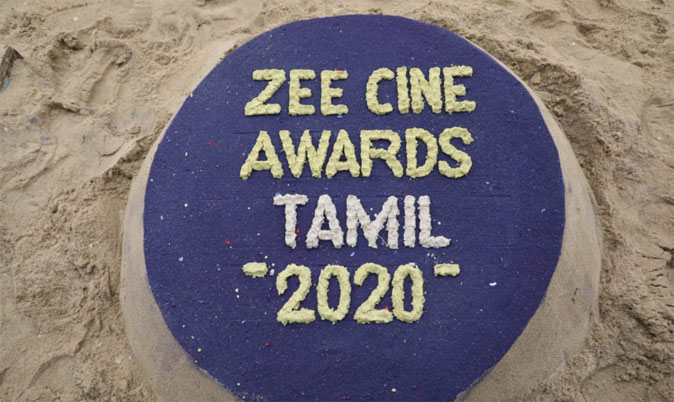 While event will take place on the 4th of January 2020 at Nehru Grounds in Chennai and as a precursor, Zee Tamil unveiled a sand sculpture at Besant Nagar Beach as an ode to the Kollywood industry. The sculpture of the icons who transformed the industry, was put together by the immensely talented Padma Shri Sudarshan Pattnaik who began working on it in the early hours of Saturday, 21st December. The art was unveiled to the public at 4.30 pm amidst an ecstatic crowd of Kollywood cinema lovers.