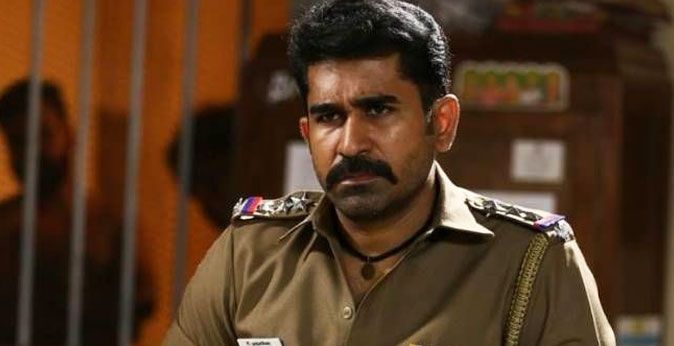 Khaki a multi-starrer starring Vijay Antony, Sathyaraj, Srikanth, Indhuja, Eswari Rao, John Vijay, Ravi Maria in pivotal roles started rolling in June 2019 and more than 50% of the film was already shot in fantastic locations like Shimoga, Bengaluru and Chennai. Currently the film is in the second phase of shooting and is expected to be completed by October 2019. The film has cinematography by popular cinematographer Manoj Paramahamsa, music by Augath, lyrics by ‘Kaviperarasu’ Vairamuthu, action by Kanal Kannan -Shyam and editing by Ruben. The film is written and directed by A. Senthil Kumar. The film is a family entertainer in the backdrop of action.

Team of M/s Infiniti Film Ventures, after having watched the edited version of the film shot till date and understanding the merit of the story have acquired all the rights of the film and shall be backing the film in marketing, distribution and exploitation along with the producer M/s Open Theatre.

The team is targeting to release the first look in September, teaser/trailer in October 2019 and hit the screens in January 2020.